A native of Riverside, CT, Kelsey began rowing in high school at St. Andrew's School, Delaware. She went on to row four years at harvard, where she competed in two NCAA Division I Championships. After graduation from Harvard in 2017, she spend a year at the University of Cambridge where she earned her masters in Psychology and Education, and was a member of the winning Cambridge University Blue Boat in the 2018 Oxford-Cambridge Boat Race. Following her graduation from the University of Cambridge, Kelsey continued to train for two years in Boston with the Riverside Boat Club High Perfomance Team.

Kelsey began her coaching career when she returned to Harvard-Radcliffe as the volunteer novice coach while training with Riverside. From there she went on to join the women's team at Washington College as the assistant coach and recruiting coordinator.

Kelsey joined the coaching team at Greenwich Crew in the winter of 2021 as an assistant coach on the men's team.

Kelsey can be reached at kbarolak@greenwichwaterclub.com. 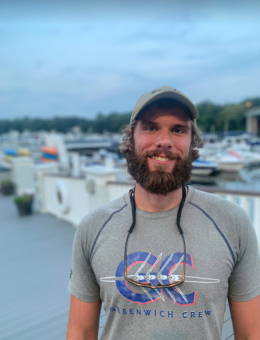 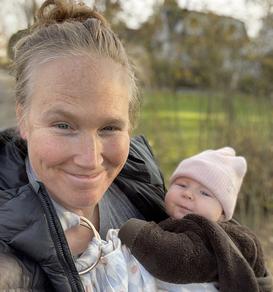 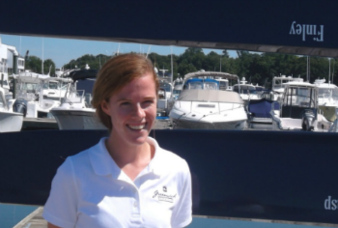 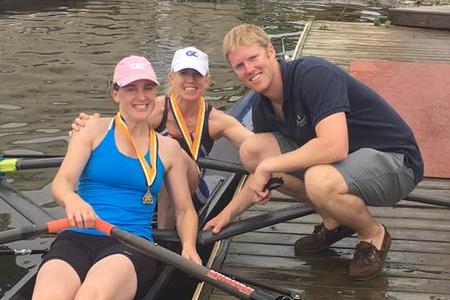 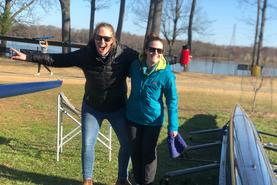 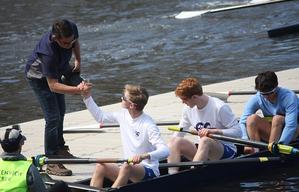 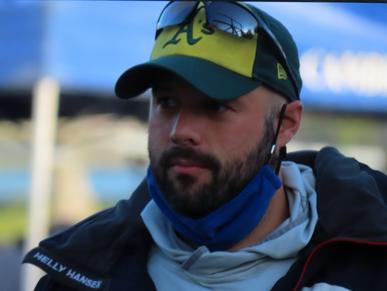 A native of Greenwich, CT, Paul began his rowing career in high school with Greenwich Rowing. After graduation, Paul completed a post graduate year at Kent School for rowing. He began his coaching experience with Greenwich Rowing during the summers in high school, coaching the middle school summer camps. Paul went on to row at Hobart College where he studied classics and Spanish.

After graduation, Paul was the head coach and Director of Rowing at the Convent of the Sacred Heart High School, while coaching the Greenwich Crew masters in the early mornings.

In 2017 Paul joined Greenwich Crew full time, as the Novice Women Head Coach, and assists with the Varsity Women and Masters.

Paul can be reached via email at pruggeberg@greenwichwaterclub.com.

Catherine graduated from Brown University in 2005 with a B.A. in the History of Art. At Brown she was a team captain, NCAA Champion, All-American and CRCA Scholar Athlete. Catherine competed for the United States, winning a U23 World Championship in the 4- in 2005. From there she continued to train while also coaching high school athletes at Saugatuck Rowing Club where her athletes attained considerable success, placing at the Head of the Charles and Youth Nationals. Those athletes also ended up rowing on the collegiate level at schools that include Trinity, Harvard, Yale, and Brown.

Catherine returned to Brown University in 2010 and was an integral member of the coaching staff, working for her former coaches John and Phoebe Murphy. Catherine was also the main recruiting coordinator for the program and during her tenure, athletes that she recruited and worked with won an NCAA Team Championship in 2011, Ivy Team Championship in 2014 and 2015,  as well as individual boat titles at both the NCAA Championship and Ivy League Championship. Most recently Starr was honored as a CRCA Coaching Staff of the Year for the New England Region (2015).

Catherine can be reached via email at cstarr@greenwichwaterclub.com.

Heidi graduated from the University of Wisconsin-Madison in 2009 with a B.A. in English. During her time at Wisconsin, Heidi  spent four years on the women’s lightweight team. A two-time All-American coxswain, Hunsberger coxed the UW lightweight eight to IRA national titles and EAWRC conference titles in 2008 and 2009. An Academic All-Big Ten rower in 2009, she was also awarded a Performance Award by the UW athletic department in 2009 for academic excellence.

A native of Wilton, CT, Heidi started her rowing career in 2002 with Norwalk River Rowing Association and Maritime Rowing Club.

As Girl's Head Coach, Heidi has helped the Varsity Women qualify the Lightweight 8+ for US Rowing Youth Nationals in 2014 & 2015.

Heidi can be reached at hhunsberger@greenwichwaterclub.com . 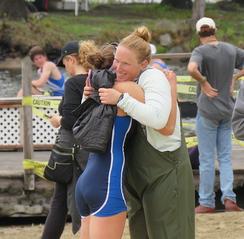 Mike graduated from St. Lawrence University in 2007 with a degree in Government and a minor in Economics. While at St. Lawrence, he was a three year member of the varsity crew team. He competed with his team at the Head of the Charles, Head of the Fish, New York State Championships and ECAC Championships, as well as many other smaller regattas. During his senior year Mike was co-captain of the Men’s Crew team and was recognized as the 2007 Athletic Ambassador for his work though out the St. Lawrence community. Mike represented St. Lawrence University and the Liberty League Athletic Conference on the Student Athlete Advisory Committee gaining invaluable experience with college recruiting and the NCAA.

Mike joined the Water Club coaching staff in the Fall of 2008 as an assistant coach with the middle school program. In the Spring of 2010 he transitioned into a full time position as Program Coordinator for Junior Rowing. In this position Mike oversaw all of our junior programming and served as the Head Coach of our Middle School teams.

In the Fall of 2010 Mike was promoted to Director of Rowing where he continues to oversee all of our Masters and Junior programs.

Mike can be reached via e-mail at mwieneke@greenwichwaterclub.com

Quentin Thibault, better known as Coach "Q", is a native of Greenwich, CT. He began his rowing career with Greenwich Crew in High School as a member of the varsity team.

In his time with Greenwich Crew, Q has worked with almost every program, from middle school to masters.

Outside of rowing, Quentin is currently attending flight school to obtain a helicopter license.

Bert began rowing in high school at Salisbury school. Originally reluctant to start rowing after hearing it was a grueling sport, he eventually caved his junior year after seeing his physics teacher was a big time rower.

During his first year, he was pulled from the novice squad and into the third varsity 8+ after a strong showing in workouts. His senior year, and second year rowing, he made the varsity 8+. This boat was the first Salisbury 8+ to make it to Nationals! That same year, they attended Henley Royal Regatta and made it to Friday.

Upon graduating from Salisbury School, Bert attended Cornell University where he studied meteorology and information science, while also member of their lightweight team. His senior year they won the national championship, as well as finishing second place at Henley Royal Regatta in the Temple Challenge Cup.

After sustaining a back injury, he was put on training hold and began coaching at Oakland Strokes, helping the team with their first two national championships. In addition, Bert helped the lightweight team win a national title in 2018.

Outside of rowing, Bert writes, records, and produces music under the name Redshiift.

Originally from Arlington, Texas, Darren began rowing his sophomore year in high school at the McCallie School in Chattanooga, Tennessee, winning several SE Regional championships to qualify for the Youth National Championships in 2004 and 2005. After high school, he was recruited to row under Coach Chris Clark at the University of Wisconsin, where he earned two bronze medals at the IRA National Championship, a gold at the Eastern Sprints Conference Championships, and a gold medal at the Royal Canadian Henley Regatta in St. Catherines, Onatario.  After graduating in 2009, Darren worked for the University of Wisconsin as a Boatman/Rigger for all three of the collegiate rowing teams.

Before joining the Water Club as Head Masters Coach, Darren spent the past five years at Port Rowing, a Long Island based club program catering to middle school, high school, masters and adaptive rowers. Most recently, he served as Director of Rowing and Head Coach of the program, working primarily with the Junior Women as well as leading the expansion of the Adaptive Rowing program.

Darren can be reached via email at dgary@greenwichwaterclub.com. 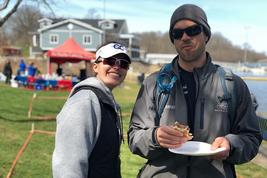 A native of Newtown, CT, Nicole began rowing in high school with GMS Rowing Center in New Milford, CT. Upon graduation, Nicole attended a small university for two years before transferring to the University of Connecticut and walking on to their Division I rowing team. She spent three years as a varsity athlete on the team, racing at regattas such as Head of the Charles, Knecht Cup, and Eastern Sprints. Nicole graduated with a degree in Biology and a minor in Sports Nutrition.

Nicole began her coaching career with Norwalk River Rowing in Norwalk, CT where she contributed to building a program from the ground up. She led the girls team to success at the 2021 Northeast Regionals with the top 3 times in the Novice double category.

Nicole joined the coaching team at Greenwich Crew in the summer of 2021 as an assistant coach on the women's team, working with both the novice and varsity women.

Nicole can be reached at nchaloux@greenwichwaterclub.com. 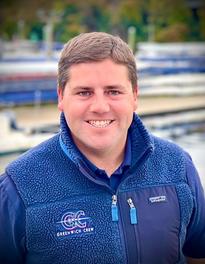 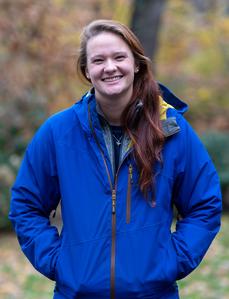 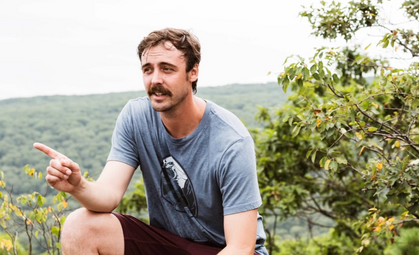 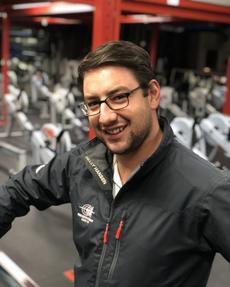 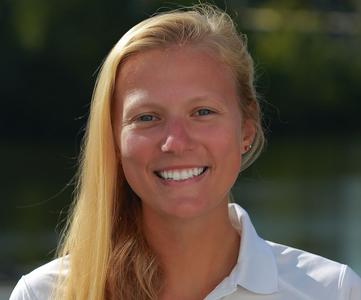 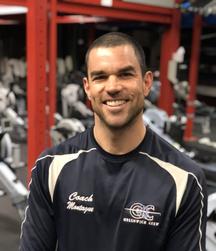 Robert Montague is the Head Junior Men's Coach at Greenwich Crew, a position he has held since 2013. Robert started rowing in 1998 on the Norwalk River. He went on to row at the University of Connecticut and began coaching the UConn men after graduating. Robert has also coached at the College of William and Mary in Virginia and Murray State University in Kentucky. He continues to row competitively on the master's circuit and looks forward to leading the Greenwich juniors to success at the regional level and beyond.

In 2015 Rob helped the Varsity Men qualify their Varsity 8+ and Lightweight 8+ for US Rowing Youth Nationals.

Rob can be reached via e-mail at rmontague@greenwichwaterclub.com.

Cary Wasserman started his rowing career as coxswain at the Salisbury School under legendary Head Coach, Dick Curtis.  At Salisbury, Cary became the first coxswain to be named the Hugh Cheney Outstanding Oarsmen (MVP) in the 100+ year history of the school.  After Salisbury, Cary coxed at Hobart College where he led the 2007 IRA V4+ to a 5th place finish and won Bronze in the Collegiate 8 at the Head of the Charles.  He was also a member of several Liberty League Crews of the Year.  After college, Cary worked in the Human Resources and Talent Acquisition field in both the Financial Services and Tech Industry.

Cary’s athletes have gone on to row at some of the best Colleges and Universities in the world including BU, Cal, Colby, Columbia, Cornell, Dartmouth, Georgetown, Michigan, MIT, Navy, Northeastern, Penn, Princeton, Temple, Williams, Wisconsin and Yale amongst others. His athletes have also gone on to compete for the United States at U23 Worlds and have even won medals (James Catalano, Bronze in 2021.)

Cary can be reached via email at cwasserman@greenwichwaterclub.com.